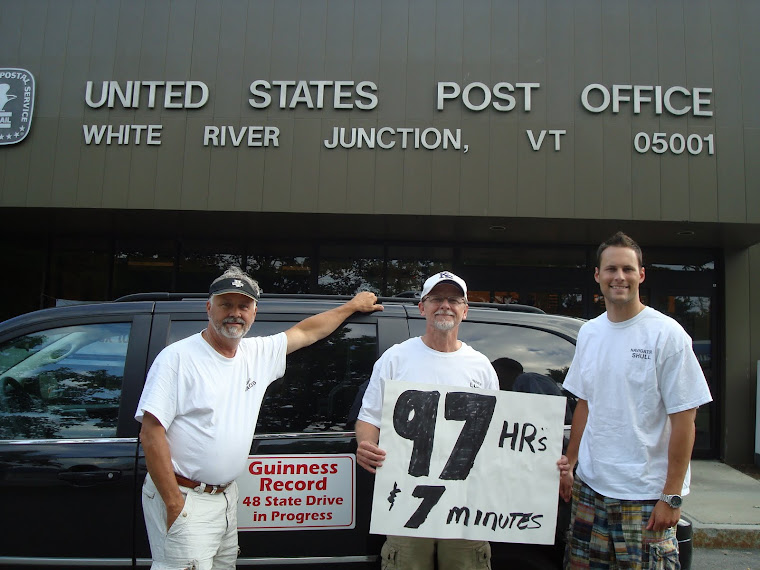 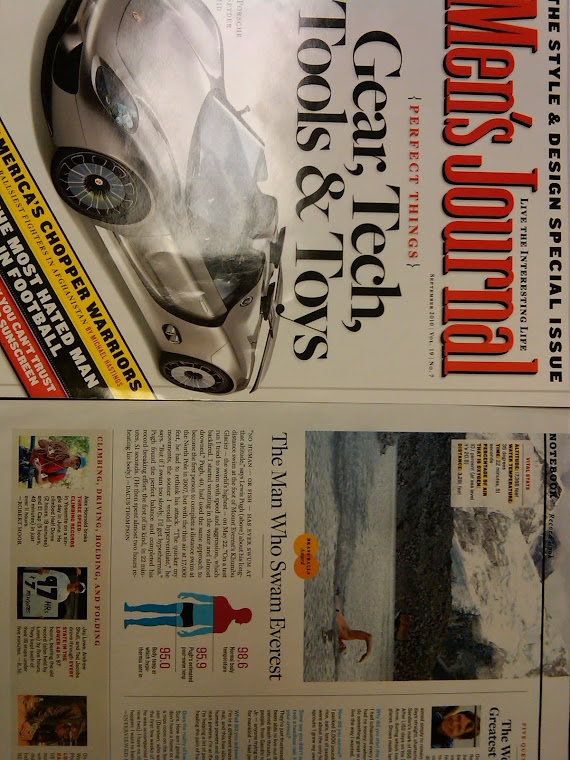 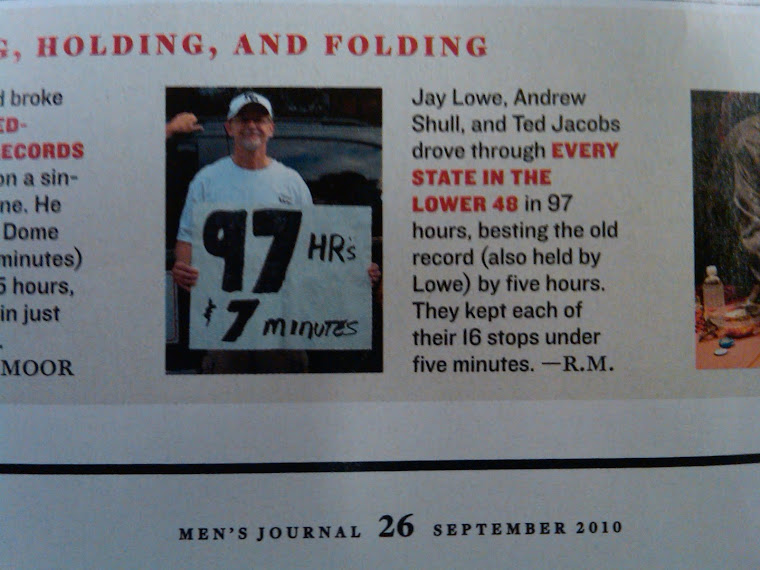 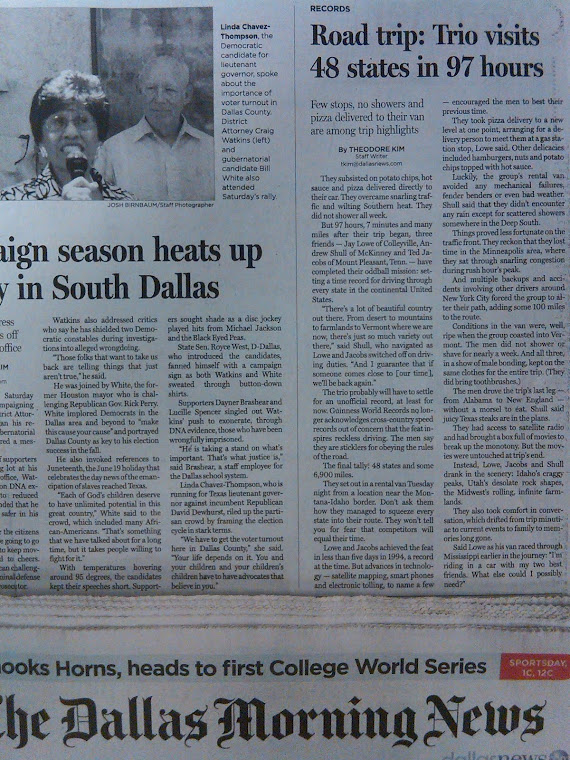 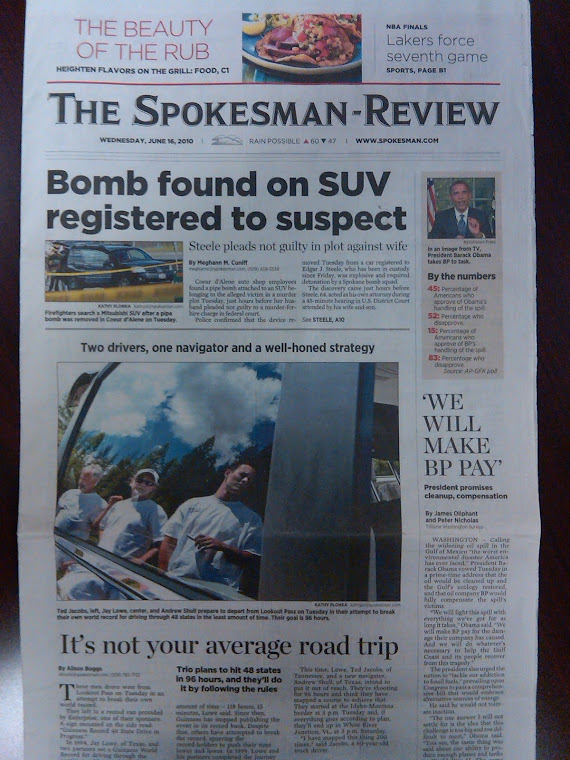 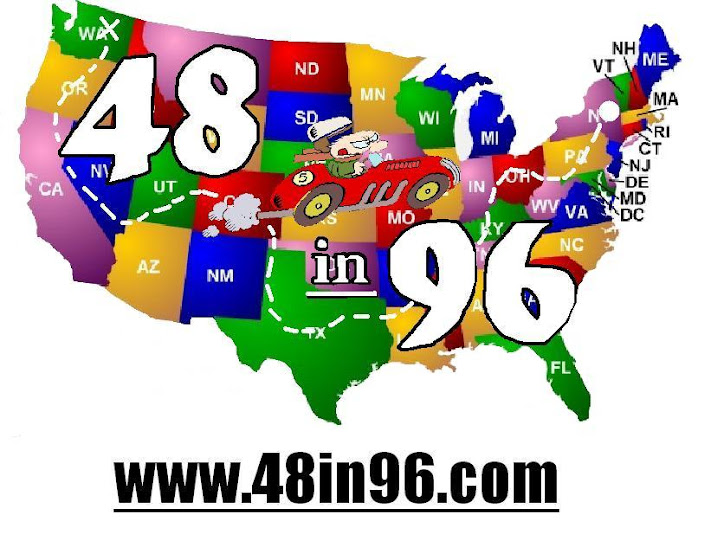 Ted and I have always named each of our drives. The first attempt to break the 48 State Drive record was called, “America Drive in Five.” Our Guinness record for driving through the 48 states using the least amount of fuel was called “The Think Tank Tour”. Our 48 State Drive to break our existing “time” record, and to dismiss the article written by the editor for Car and Driver Magazine, we named, “100 or Bust”. Our goal was to beat the century mark. “48 in 96” is the name of our June, 2010 trip. Ninety-six hours is that magical and elusive “4 day” mark that we’d love to beat. If for some reason we do not beat that 96 hour time, “48 in 96” will be our theme from this point forward as we will continue to re-map and re-strategize to drive through the 48 states in less than four days. We will not quit until it is accomplished.
Posted by Andrew at 2:00 PM

On June 19, 2010, we drove across the Vermont state line, our 48th state, with a time of 97 hours and 7 minutes. The previous Guinness World Record for driving through the 48 states in the fastest time was 104 hours and 57 minutes, which we set in 1999. Jay Lowe (Colleyville TX) and Ted Jacobs (Mt. Pleasant TN) were the drivers. Andrew Shull (McKinney TX) was the navigator.